Do you want to learn new ways on how to approach the questions around food and wellness? How can we instill good eating habits in our children from a young age? Where does healthy eating sit within overall health?

In this podcast episode, Melissa Vogel speaks with Todd Nyholm about his new book and healthy habits you can start adapting. 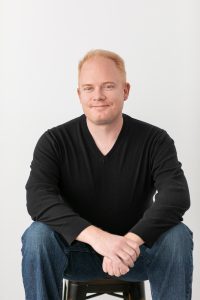 Todd Nyholm started early on his journey to learning about health, vitality, and diet with chronic problems from a young age. He has studied both modern and ancient health methods and has been running a Somatic Therapy Practice since 2002.

Writing this book: Ah, food, why do you trouble me so much? on diet has been a long-standing dream to help people get a method they can use over time to help reprogram themselves in regards to diet, emotional eating and to help get themselves off the quick fix merry go round of Fad Diets.

Forced diets, or quick-fix fad diets, are not effective for long-term weight loss or beneficial for bodily health. They do not make changes at the necessary levels to encourage long-term gains and losses, they only function at an immediate moment. You may experience a change in your body, but because it is not dealing with root causes or your mindset, you very easily regain that weight, causing your average weight to swing back and forth drastically which over time can cause a harsh impact on your overall wellbeing.

Somatic therapy works with the body and in working with and through the body, you can create changes in life. There is an emotional, mental, and physical connection between the emotions, mindset and body and this is what somatic therapists like Todd explore.

Food is not the enemy

It is not the food itself that causes the problem, but more the context in which you are eating the food. What kinds of foods are you eating, when and how do you eat it, how does it make you feel? Some people think that it is an overarching problem but the battle with food is a lot more individual than most believe.

In order to break the feeling of being stuck when it comes to eating food, Todd recommends that you connect with yourself and how you feel what you sit down to eat. Spend time really watching yourself and your emotions, without judgment, when you decide to have something to eat.

Doing this conscious act helps you to understand that you may be eating because you are bored or stressed and you are not actually hungry. Are you eating to reward yourself, or because you had a stressful day? Becoming aware of when and how we eat will help us to identify certain patterns and habits that we can then work on breaking up, allowing us to create something better and healthier in its place.

Some people reward their children’s certain behaviors with food and punish other behaviors with food. This form of rewarding or disciplining creates associations in children’s minds around food that develop into potentially destructive habits as they get older.
Try to work with your children that when they do well in school or complete all their chores, you do a fun activity with them, or play a game with them or take them to the beach. Try different reward systems besides food and that will help to remove some of its temptations for your children.

The food ladder method is a tool that you use when you are about to eat to create awareness around what you are eating, why you are eating it, and if you need it. It is a step-by-step simple guide from Todd’s book that takes well-versed people 30 seconds to complete before they eat their meals, and helps them and you to be conscious of the choices you make around food. It helps you to rewire the software in your mind around the habits you have built up around eating.

Exercising to fire up the metabolism

Studies have shown that exercising prior to eating helps to awaken your metabolism. Small exercising stimulates your body so that it feels it needs to burn and move foods around. People who lead active lifestyles may not have to worry about this too much, but if you have been sitting for a long time during the day try do 10 quick squats before you have your lunch to get everything going and ready for food.

Welcome to my life, my world, my passion. I am a wife, mom, personal trainer, entrepreneur, business owner, actress, fitness coach, and instructor. My ... END_OF_DOCUMENT_TOKEN_TO_BE_REPLACED