What is CBD? Why is it important to take a water-soluble CBD? What are the benefits and dosages you should start off with?

In this podcast episode, Melissa Vogel speaks to Will Kleidon about the ABC’s of CBD. They cover everything you need to know so that you can make an informed decision. 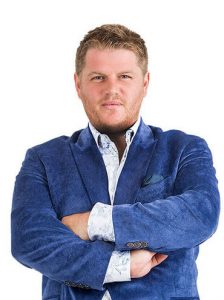 Will Kleidon is the Founder and CEO of Ojai Energetics, ethics-driven health, and wellness company based in California.

Will is a subject matter expert in the health and wellness space that surrounds the CBD industry. His work has been featured in Forbes, Money, and Entrepreneur Magazine, among many other media outlets.

Fat based vs water soluble

Regular cannabinoids are fat-based and they do not mix with water. Ojai Energetics has figured out how to make it soluble so that it is better absorbed by the body.

Fat based oils work really well for skin applications but they have poor bioavailability so when consumed, the body can’t use it.

It selectively modulates the pain and inflammatory response in a manner that keeps you safe.

The endocannabinoid system in our body’s primary function is to maintain homeostasis. It’s essentially the control system for the body.

When and how to take CBD

You can take it first thing in the morning and the effects will last all day. But if you are needing a top-up later in the day, you can do that too. It is all dependent on your needs, you have to listen to your body.

You can start off by taking a whole dropper, but again, you will have to see how you react to it.

A healthy endocannabinoid system must be nourished with full-spectrum CBD, and leads to the overall optimization of the entire body from neurogenesis in the brain, to healthy sleep, and healthy stress response for day to day life to name a few. This is the key to keeping our bodies biologically optimized. CBD has multiple curves of efficacy— the ability to produce a desired or intended result. The optimal dose is balanced in the middle of the curve, or ‘sweet’ spot.

Click here for a special offer from Ojai Energetics

Did you enjoy this podcast? Feel free to share this podcast on social media! You can also leave a review of the Bomb Mom Podcast on Apple Podcasts (previously iTunes) and subscribe! Bomb Mom is part of the Practice of the Practice Podcast Network, a family of podcasts that change the world. To hear other podcasts like Empowered & Unapologetic, Imperfect Thriving, Faith in Practice, Grow a Group Practice or Beta Male Revolution, go to practiceofthepractice.com/network.

Welcome to my life, my world, my passion. I am a wife, mom, personal trainer, entrepreneur, business owner, actress, fitness coach, and instructor. My ... END_OF_DOCUMENT_TOKEN_TO_BE_REPLACED