Have you experienced a difficult breakup? Are you stuck, unable to move forward? What can you do to pick yourself up and get over the breakup?

In this podcast episode, Melissa Vogel talks to Trina Leckie about breaking up and breaking free, some red flags to look out for and some valuable tips for getting over the breakup.

There are many ways to keep your practice organized, but TherapyNotes is the best. Their easy-to-use, secure platform lets you not only do your billing, scheduling, and progress notes but also create a client portal to share documents and request signatures. Plus, they offer amazing, unlimited phone support so when you have a question you can get help FAST. To get started with the Practice Management Software Trusted by over 35,000 professionals go to TherapyNotes.com and start a free trial today. To get 2 free months of TherapyNotes click on www.therapynotes.com and enter the promo code: Joe 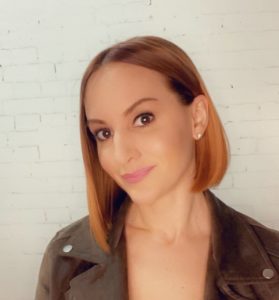 Trina is a breakup coach and host of the popular podcast “breakup BOOST” where she tells you what you NEED to hear and not just what you WANT to hear. She believes that sugarcoating only keeps people stuck and that a change in perspective has the power to change your life.

Times are changing…and relationships seem to be getting more challenging to build and maintain. Trina knows what it’s like to go through heartbreak – but she also knows that you can always get through it and be better off because of it. Her mission is to help people heal their hearts and get back in the dating saddle.

What is a breakup coach?

After a breakup, it’s not a good idea to rely on friends and family because they’re just going to tell you what you want to hear. Trina’s mission as a breakup coach is to help people heal from the heartbreak instead of having it drag on for longer than it has to. Breakups can be overwhelming and it can feel like you just can’t go on with your life without this person in it. We know that’s not true but emotions are all over the place and you don’t see straight. It’s important to have someone to reach out to, someone who understands your situation and gives you an unbiased perspective. When you’re out of it, you forget how bad it was, but when you’re in it, it literally feels like someone died, you’re grieving the loss of somebody.

Social media does not help

The number one thing that people really struggle with after a breakup is restraining from stalking their ex online. The constant checking becomes a monster. You wake up, you’re checking. Throughout the day, you’re checking. Before you go to bed, you’re checking. You’re dreaming about checking. It becomes an obsession to know what your ex is up to, if they’re happy. Does it look like they are having fun? Are they seeing anyone else?

Facing the music feels as though you’re admitting that the relationship wasn’t working. And verbalizing the issues out loud can be terrifying because you’re acknowledging to someone else that these problems exist.

When all is said and done, it’s easier to just act shocked and keep hoping that it will just go away and things will get repaired and go back to how they were. Most people who are broken up with who initially say they can’t believe it, about 99% should have seen it coming. Breakups don’t just come out of nowhere, we just ignore the millions of red flags. But, we have to pay attention because it’s that same first red flag that you swept under the rug that’s probably going to be the reason why you break up.

At the end of the day, it’s so important as well to be self-aware, because we can always blame the other person. Even if the other person did the majority of things, we have to look within ourselves and say, hey, what could I have done different? Nobody’s perfect at the end of the day, and there’s always things that we have to work on as individuals and the better we are as individuals, the better we’re going to contribute to our partnership.

Someone will spend months telling their partner what the problem is and then they’re surprised when they break up. then that person panics and tries to get their partner back saying they’ll fix the problem. They won’t, they had months to do it and they didn’t. It’s hard and painful to admit when things are going wrong because then you’re admitting that you’ve been doing things wrong, and no one wants to admit that and deal with that.

Getting back with your ex is a “carousel relationship”. It’s going on a merry-go-round and going in circles. Breaking up and getting back together rarely works, because the same problems that were there before and that contributed to the breakup, are eventually going to resurface. Old habits are really hard to break and people hold on to resentment.

Tips to help us move forward from a breakup

Getting over the breakup

Welcome to my life, my world, my passion. I am a wife, mom, personal trainer, entrepreneur, business owner, actress, fitness coach, and instructor. My ... END_OF_DOCUMENT_TOKEN_TO_BE_REPLACED