How important is your environment when working out? Is what works for someone else what will work for you? Are you worried that it’s too late for you to change your lifestyle?

In this podcast episode, Melissa Vogel speaks to Jen Widerstrom about making her own rules on The Biggest Loser and in her own life. 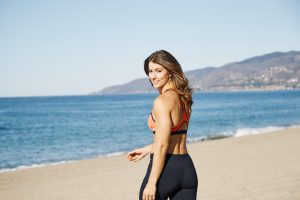 Jen Widerstrom, television star, and your daily get-fit motivator is an industry leader primarily known for her big-hearted training on NBC’s The Biggest Loser.

As the Fitness Director of Shape Magazine and featured regularly on Dr. Oz, LIVE with Kelly and Ryan and The Doctors; she also serves as a member of the SHAPE Brain Trust, is the best selling author of the Diet Right for Your Personality Type and the founder of the WiderSTRONG training tribe and method.

The importance of changing your environment when working out

How this became Jen’s world

What do I have to say? What is my point of view here because now the world is listening.

Jen started as a group fit trainer and not a personal trainer. This ultimately led to her being on The Biggest Loser. The exposure gave her a platform to reach more people.

If they felt my commitment they would invest.

Jen’s realness and rawness is what made people fall in love with her. Her history and experience of getting people fired up shone through on The Biggest Loser. She created love and order and set boundaries that created value. She let people know where they stood, and they valued her for that. Jen didn’t bend to the pressure that the producers put her under to push her contestants harder, she put her team before the show and kept them safe. She had to make sure that her team knew she had their backs so that they would step up. Jen’s team needed to know that she was there for them and not just using them for the show. If she had done it the producers’ way then she would not have connected with her team or the public. They would have seen that she was being fake. Pushback with the producers was required in order to have an authentic experience.

It’s not a dictatorship, you choose, it’s your life!

I guarantee you, if you map out around what your defaults are, you will create new patterns for yourself.

It’s never too late to start changing your lifestyle, it doesn’t matter how old you are or what your history is. You need to find a balance when adapting to a new normal. Start with the end in mind – not your results, but rather what life you are building, and is it one that you can sustain? Make sure that you’re using this time to create a system that’s going to actually bridge to real life and be able to sustain it. Good or bad, this time will carry with you.

Welcome to my life, my world, my passion. I am a wife, mom, personal trainer, entrepreneur, business owner, actress, fitness coach, and instructor. My ... END_OF_DOCUMENT_TOKEN_TO_BE_REPLACED